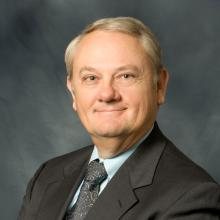 Frank Adamek has over 40 years of experience in the Oil and Gas industry in a variety of engineering, R&D, and quality leadership positions.  Frank’s illustrious career spans over four decades involving him with nearly all elements of the oil and gas arena for both onshore and offshore operations.  An engineer at heart, he has a natural curiosity of learning as much as possible about a topic and mechanical system.  This has served him well over the years, as he has tackled some of the industry’s most difficult challenges.  From the burning wellhead fires in Kuwait, to helping in NASA’s return to flight initiative after the Challenger failure, to leading a key recovery effort for Macondo, to representing the industry in various capacities in Washington DC, Frank has served the industry honorably and continues to do so today.

Frank has served in a variety of leadership capacities for a major international oil and gas equipment supplier, including Director of Product Engineering, Director of Advanced Seal Systems, Director of R&D, Vice President of Customer Quality, Global Technical Director, and Executive Chief Engineer.  He has successfully combined his technical and innovative skills along with his leadership skills to be an effective and influential leader on a global scale. Throughout his leadership roles, Frank has maintained his deep technical understanding which makes him extremely effective.  He has profound technical knowledge of deepwater drilling and production, metal-to-metal sealing, metallurgy, failure analysis, and high pressure-high temperature (HPHT).   Along with his technical and market knowledge, his innovative skills have led to 18 US patents.

In addition to Frank’s commercial, technical, and leadership contributions, he has also dedicated a significant amount of time and effort improving the Petroleum industry through the support of industry and national organizations.  Throughout his career, Frank has tirelessly supported organizations such as ASME, API, OTC, OEC, and BSEE.  Frank has been actively involved in “for profit” and “not for profit” boards, including the Board of Governors for ASME, Board of Directors for the ASME Foundation, Board of Directors for OTC and OEC, and Board of Directors of Sandbox Logistics.  The industry has recognized Frank with the prestigious Engineer of the Year award, 1994 ASME.   He was awarded the Distinguished Alumni award in 2003 at The University of Houston, his alma mater.  In his spare time, Frank enjoys time with his wife, kids, and grandchildren boating on Lake Livingston.  Frank is a tremendous asset to the Seahorse Team and our customers. Having the right people offshore makes all the difference in the world.  Seahorse Energy® field service and engineering personnel have the experience to make it happen offshore — safely and reliably.  Whether it is running new equipment or repeat equipment, our team is ready to support you.  We have experience organizing and leading WOPs of many varieties which is key to safe and cost efficient offshore operations. Keeping a subsea system profitable usually requires an occasional intervention to improve productivity.  Seahorse Energy® has a broad range of experience in engineering and manufacturing of intervention equipment.  Recent experience led to the deepest riser-less intervention in the world.   Some of this experience includes: Having the proper ROV tooling and technology is essential for a successful subsea development.  Seahorse Energy® has significant experience designing and building ROV tooling and equipment that do remarkable things subsea.  We can also design and manufacture very quickly new solutions for those “unexpected” situations where innovation and speed is required to meet an unplanned challenge.  A few examples are: At the heart of a subsea production system is the ability to reliably and safely connect the various infrastructures as the field architecture progresses.  The Seahorse team has the experience to design, manage, and manufacture subsea templates, manifolds, horizontal and vertical connection systems, manifold piping and valving.  We also have experience developing FAT/SIT procedures and managing the testing.

This is a big boat.